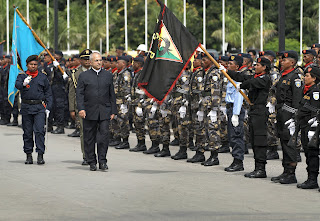 Influential Organisation calls for Accelerated Handover of Policing Responsibility to PNTL from an under performing UNPOL/UNMIT.

On 3 December 2009 the Brussels based Crisis Group, with offices around the world's conflict and post conflict areas, including Dili issued a report and made strong calls for the United Nations to recognise their inability to adequately provide for executive policing in Timor-Leste and its failure to rebuild, restructure and reform the PNTL. The report lends credence to the fact that UNMIT and its leadership has largely failed in a key area of its mandate, as noted by this newspaper in earlier editions.  Much is hoped for from the new SRSG Ameera Haq.

“The task of reforming the local police remains unfinished, but prolonging the UN’s command will not fix the problem”, says Cillian Nolan, Crisis Group’s Timor-Leste Analyst.

A statement by Crisis Group states that "The United Nations should hand over formal control of the Timor-Leste police as soon as possible. A protracted process that began in May has taken a bureaucratic approach to assessing whether they are ready to take charge, but the reality on the ground is that the Timorese police have long operated under their own command. Without an agreed plan for reforming the country’s police after the 2006 crisis, the UN and the government have made a poor team for institutional development. A longer handover may further damage relations between the UN’s third-largest policing mission and the Timor-Leste government, which has refused to act as a full partner in implementing reforms. The UN has a continued role to play in providing an advisory presence in support of police operations. For this to work, the government must engage with the UN mission and agree upon the shape of this partnership. To make any new mandate a success, they need to use the remaining months before the current one expires in February 2010 to hammer out a detailed framework for future cooperation with the police under local command."

"The General Commander’s effort to build a unified Special Police Unit could stem competition within the various squads over the long term. By giving prominence to elite military-style detachments, however, the morale of the rest of the police service could be undermined. It also risks further inflaming competition with the army. A recent parade marking the handover of the police training centre was telling. Members of the Special Police Unit’s three sub-units armed with military weapons 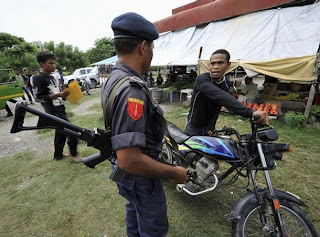 led the parade, marching alongside the border patrol and maritime detachments. All wore different newly designed uniforms. Behind them was a group of patrol officers from each of the country’s thirteen districts in regulation blue T-shirts. At the end stood a group of seven female officers. The important but mundane nature of policing is being sidelined by the promotion of its more militarised sections. Given the origins of the 2006 crisis, the decision to adopt a paramilitary model should be reconsidered."