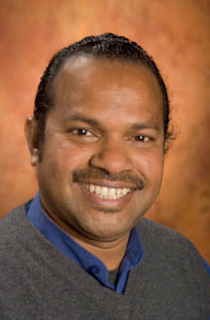 
Prime Minister Xanana Gusmao has proposed that Aderito de Jesus Soares formerly a FRETILIN Member of the Constituent Assembly 2001-2002 lead the new Anti-Corruption Commission.  Much of this Comission's new work will be investigate allegations of corruption taking place inside the Prime Minister's Government.

The Anti-Corruption Law give the right to the Government to propose candidates and for the Parliament to vote on those candidates.  However, Prime Minister Gusmao only sent Soares' name to the National Parliament.  Soares made a respected name for himself many years ago by among other things refusing to bow down to certain instructions by the Secretary General of FRETILIN, Mari Alkatiri.  Soares also refused to participate at the request of ex-President Xanana Gusmao to be a Commissioner on the Timor-Leste and Indonesia Truth and Friendship Commission which failed to bring justice for the victims of human rights violations in Timor-Leste between 1975 and 1999.

Soares is currently completing a PhD at Australian National University in Canberra Australia, but it seems almost certain he will return to Timor-Leste to the growing disease of corruption in Timor-Leste.
Posted by TEMPO SEMANAL at 18:50

First of all i would to say thank you for the opportunity to say what is concern me as a citizen of east timor.As well all know that there is a corruption that exist in every part of the world.The solution for the disease is still unknown until now.It seems like east timor is showing the credibility as a new country that really wants to resolve the problem which is good for everyone.The question is Are these corruptors can be drag down into the front of court and given a justice solution for what they have done?

Good choice, he is the right one to be in this post...finally we have gotten the right man in the right place..go Maun Ade, we are all will be with you..cheers

I suppose he is the right person on right place as everyone have said, by referring to his participation and contribution as well as academic background, however i am doubt he will be fall in to TRAP within Timor-Lorosae's fragile and poor justice system, as a Timorese i want to see how our justice system can be be adjusted accordingly, then I can say that we as Timorese will be satisfy by posting anyone in to any posts of Government. Maun Ade be Aware that I am sure you have a good intention but don't be foolish if there is exist, i suggest you say NO honorably.