Digicel Wins License, But Set to Pull Out of Timor-Leste

Digicel first arrived in Timor-Leste in 2008 and established offices in Dili in 2009.  It came to Timor-Leste in search of a license to operate a national telephone and internet service to compete with the much criticized monopoly held by Timor Telcom. 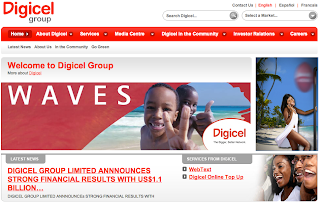 After 4 years of relationship building, investing in community services, learning about Timor-Leste and making preparations in every district for a possible license, Digicel was granted a license on 28 June 2012.  Digicel claimed that if awarded a license that it would invest 100 million USD into Timor-Leste.  However it was not the only other company to win, as Indonesian company TELIN was also awarded a license.

Tempo Semanal sources have informed this newspaper that despite winning a license, DIGICEL intends to withdraw from the the country, and end its business aspirations in Asia's newest country.


When Tempo Semanal called Tiago Guerra CEO of Digicel Timor-Leste on 10 July he said, " I provide any further comment only that the Director of DIGICEL has left Timor-Leste and we expect to come out with a joint statement with the Government of Timor-Leste."

The Government's press release on the license award stated that:

"The Ministry of Infrastructure received four applications for the two new licences. The highlights of the successful applications are as follows:
Competition among Digicel, Telin and the incumbent operator Timor Telecom will deliver extensive benefits to the population and business community of Timor-Leste, particularly in terms of pricing, quality, variety and coverage of ICT services." 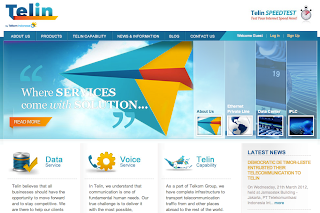 Tempo Semanal sources suggest that DIGICEL did not see competitive advantage or commercial opportunity in a market place with three operators, especially when one is a company linked to Indonesia's largest telcom operator.

Timor-Leste is possibly set to have phone service provided by a company from Indonesia and another from Portugal.  When asked by Tempo Semanal, sources in civil society and Government questioned how wise it is to be increasingly dependent on Indonesia for the provision of critical infrastructure and services.  Currently air routes are dominated by Indonesian carriers, 99% of fuel is imported from Indonesia, as most goods.  Now it appears though critical telecommunications services could end up dominated by a company linked to Telkomsel.

A student named Fransisco Maia at National University of Timor-Leste asked, "Are we to become an economic colony of Indonesia?"

DIGICEL WITHDRAWS FROM THE TELECOMMUNICATIONS LICENCING PROCESS IN TIMOR-LESTE

Thursday, 12th July 2012 - Dili, Timor-Leste: Digicel Asia-Pacific Business Development Director, Mr Frank O’Carroll, today announced that Digicel, the international telecoms group, has withdrawn its application for a radio spectrum licence from the Ministry of Infrastructure and, with immediate effect, is no longer participating in the application and licencing process.

Although Digicel was designated a successful applicant for one of two new licences on June 28th last, the latest direction of the liberalisation and licensing process led Digicel to the view that the company’s proposed level of investment is not commercially sustainable at this time.

“Digicel is committed to delivering the best service, best value and best network in each market within which it operates. As such, delivering that commitment here in Timor-Leste is unfortunately no longer commercially viable in the current environment” said Mr O’Carroll.

“I cannot emphasise enough how difficult the decision has been, given our investment and commitment to Timor-Leste, to the liberalisation of its telecommunications sector and to the development of the country - all demonstrated through the numerous visits to the country by Digicel Chairman and founder, Mr Denis O’Brien; and our sponsorships of the Timor-Leste Football Federation, the first two years of the Tour de Timor and other community supports,” continued O’Carroll.

Digicel is widely regarded as having been the most vocal and active campaigner for liberalisation of the sector from the time of the company’s arrival into Timor-Leste in 2007. Since then, Digicel has invested in excess of US$5 million in Timor-Leste in the expectation that it would be able to run a viable business in Timor-Leste.

Mr. O’Carroll went on to state, “Digicel has had a presence in Timor-Leste for five years now and is hugely appreciative of the warmth of the welcome the company enjoyed from people across the country, and the very many good business and personal relationships established”.

He commended the professionalism, integrity and tremendous hard work of its staff in Timor-Leste, all of whom tirelessly demonstrated their commitment to their country’s development.

He extended the company’s heartfelt gratitude to its business suppliers over the years, to its sponsored organisations, and to the business people, organisations and individuals who supported Digicel’s bid to operate as the second licensed operator in the country.

Mr. O’Carroll ended the statement by stating that “Digicel will continue to monitor developments in the telecommunications market in Timor-Leste as the liberalisation process is extended to other sectors.”