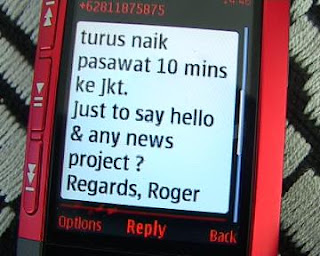 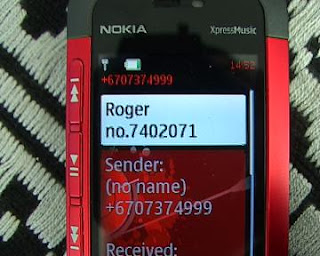 "Tempo Semanal and Jose Belo should not have to face charges under this obsolete and repressive law," said John M. Miller, National Coordinator of ETAN. "We urge the prosecutor-general to immediately drop any charges."

Belo argues that his publication wrote only about Lobato's performance in her role as a public official, not her private activities. "

"Information about government activities should not be subject to defamation laws. Rather than attack the messenger, Timor-Leste's leadership should support freedom of expression and encourage a dynamic, investigative media," said Miller.

The government of Timor-Leste has proposed decriminalizing defamation under a new penal code. Although drafted several years ago, it has not yet been enacted.

Belo was notified of the defamation charges in mid-December. On January 19, he was questioned for 3 hours by the prosecutor's office. Tempo Semanal was told by the Office of the Prosecutor-General that they would not be given copies of relevant documents because they are confidential.

In an interview with ABC Radio Australia, Jose Belo, Tempo Semanal's founder, said "we don't have any money or any resources. So we can't fight a person who has influence [and] who has money. So I presume it is very, very difficult to win this case in the court."

If convicted, Belo could face fines or prison. During Indonesia's brutal, illegal 24-year occupation of Timor-Leste, Belo was imprisoned or arbitrarily detained many times for passing information about human rights violations to foreign journalists and human rights groups, for a total of about three years. It is ironic that in democratic, independent Timor-Leste he could face double that time for exposing government corruption.

The Office of the Prosecutor General, Longuinhos Monteiro, has reportedly told Belo that the truth of what he published in his newspaper is not relevant to the charges against him and will not be admissible in court. This contradicts legal precedent set in April 2006, when the same prosecutor, charged Yayasan HAK (a human rights NGO) with defamation. accusing him of abuse of power by interfering with the justice process in a case where HAK served as the defense attorney. In that case, a judge ruled that the defamation charges could not be adjudicated until the original case was resolved. That case was brought to trial. Under that precedent, the allegations of corruption against the Minister of Justice should be tried before the defamation case, but the prosecutor has not begun a legal case against her.