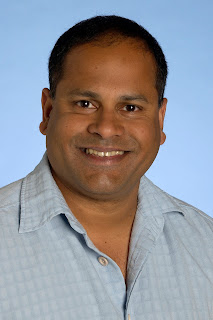 
Journalists played a crucial role in Timor Leste’s independence struggle. Naturally, the citizens of an independent Timor Leste recognize the importance of journalism, and the vital role that journalists play in protecting democracy. Journalists work for newspapers and other media that have to be profitable - but the media are more than just another business. They have a responsibility to society, not just to their owners’ bank balances. “Media freedom” is in fact the same thing as “the people’s right to know”.
Journalists do make mistakes; they have deadlines, and they need to sell enough copies of their newspapers to be profitable. But on balance they do much more good than harm. As Thomas Jefferson, the third president of the United States of America said, “were it left to me to have a government without newspapers or newspapers without a government, I should not hesitate a moment to prefer the latter.”
The media in an independent Timor Leste will have to regulate itself. If it does not do so in a credible fashion, the state will regulate journalists – and it is important to prevent states from gaining any more power over information. Regardless of which government is in power today, journalists and society need to be protected from future governments, twenty or thirty years from now, which might be more authoritarian. Therefore the law cannot enforce “prior restraint” i.e. there must be no restrictions on publication. However, after publication people are entitled to pursue remedies if they believe they have been defamed.
How might self-regulation work in Timor Leste? A self-regulation framework is outlined below.
Those who work as journalists in Timor Leste would join a Journalists’ Union, which is responsible for regulating itself. The Timor Leste government stays out of this area. This Journalists’ Union is composed entirely of journalists. It establishes an Ethics Committee with the power to discipline any journalists who breach the Journalist Union’s Code of Ethics. All members of the Journalists’ Union participate in the writing of the Code of Ethics. Of course, noone can be forced to join the Union, as Section 43 of the Constitution guarantees freedom of association.
The Ethics Committee is composed of journalists (60%) and non-journalists (30%). Members of the Union elect all journalist and non-journalist members of the Ethics Committee by secret ballot. The Ethics Committee hears complaints by members of the public. It orders a hearing within seven working days of a complaint – which is faster than most government departments respond in Timor Leste. This quick response will increases the public’s trust in the Journalists’ Union’s self-regulatory capacity. The Ethics Committee orders journalists to attend its hearings, and disciplines any journalists who do not obey such an order without a reasonable explanation. It has the power to compel the complainant and the respondent to provide documents and statutory declarations, but does not have the power to do anything to make journalists reveal the identity of their sources.
The Ethics Committee can also mount an investigation into a journalist’s conduct, even if no member of the public has complained about a story.
In order to keep costs low, neither the complainant nor the respondent has legal representation. The Committee can ask questions of both the complainant and the respondent. No disclosures made in the hearings can be used by anyone else in subsequent defamation or other proceedings in any other court, tribunal or other judicial body. The decisions of the Ethics Committee are settled by a majority vote of the Committee rather than a unanimous vote.
The Committee has the power to impose penalties such as: Censure, Fines, Temporary Suspension of Membership of the Journalists’ Union (meaning that the person suspended is unable to work as a journalist whilst on suspension) and Dismissal from the Journalists’ Union (meaning that the person dismissed is unable to work as a journalist again).
Both the complainant and the respondent have the right to appeal the decisions of the Ethics Committee. The Appeals Committee hears all appeals. The Appeals Committee is also composed of journalists (60%) and non-journalists (30%). Members of the Union elect all journalist and non-journalist members of the Appeals Committee by secret ballot. All media outlets publish the decisions of the Ethics Committee and the Appeals Committee.
Discussion about self-regulation should begin immediately. This discussion should take into account the deeper threats to the public’s right to know, as outlined in Edward Herman and Noam Chomsky’s propaganda model: Ownership, Advertising, Sources, Flak, Ideology.
There will be further commentary in subsequent weeks if there is sufficient interest in these issues.