Published on 26 October 2011 - 11:30am
The Dutch Public Prosecutor's office has launched an investigation into an import and export company based in the town of Geldermalsen, following a tip-off from the World Bank that a former employee had been bribed by the Dutch firm. 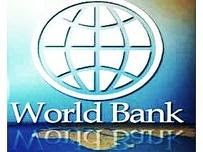 The World Bank had discovered that one of its former consultants had been paid a substantial sum of money in return for supplying the Dutch firm with unpublished information on contracts to be awarded in East Timor. The projects were to be partially financed by the World Bank.
The investigation is being carried out jointly by the Dutch public prosecutor and the Overseas Anti-Corruption Unit of the London police. The Dutch tax office is also facilitating the enquiry.
Consultant arrested  On Tuesday, the World Bank issued a statement saying that legal action had been taken by authorities in the UK and the Netherlands:
"As a result of a preliminary investigation by the World Bank Group Integrity Vice Presidency, and our referral of that information to the relevant authorities in recent months, the British and Dutch governments have launched a joint investigation into corruption involving a number of World Bank financed projects, implicating a Dutch company and a former World Bank short-term consultant.”
London police arrested the consultant and a woman in connection with the corruption charges on Tuesday. The Dutch authorities seized computers and administration files at the company premises and at the homes of the CEO and the commercial director.
Robust response  The World Bank praised the British and Dutch governments “for their robust response to the allegations of corruption and look forward to the outcome of their legal actions” The bank added that it is finalising its own internal investigation into the matter and “will take appropriate action against entities and individuals implicated in wrongdoing."
(jn/imm)
© Radio Netherlands Worldwide
Posted by TEMPO SEMANAL at 02:13