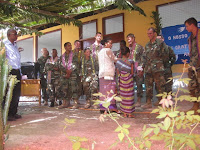 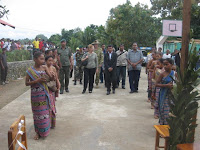 Tempo Semanal, 17.05.2011
The Minister of Education Joao Cancio Freitas and U.S. Ambassador Judith R. Fergin celebrated the renovation of Wailiti primary school in Baucau on May 16. The project was a joint effort by the F-FDTL, ISF, U.S. Navy “Seabees,” and the people of Wailili community.
Expressing his appreciation for the U.S. and ISF contributions, Minister Freitas said “the Government truly appreciates this joint effort by the American Forces, the ISF and F-FDTL.” Before cutting the ribbon on the renovations, Ambassador Fergin noted that “there is no better way to demonstrate the strength of our friendship thancollaboration on a "projeitu ba dame" -- "project of peace" -- like this.”

The U.S. “Seabees” have been in Timor-Leste for over two years and are also continuing to work on a range of other engineering projects across Timor-Leste in partnership with the F-FDTL and ISF. 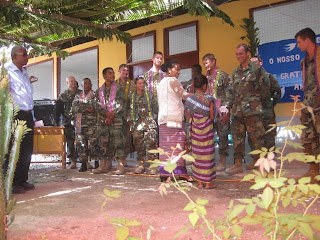 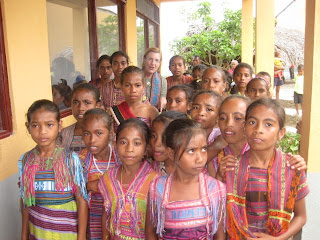 Most of the Timorese schools in poor conditions while the education sector is one of the priority of the country. The Seabees working very closely with some section of East Timor defence force and Australian International Stabilization force to build some schools, Clinics, and youth center around the country in the last year."I think this is really significant for our development because we need to have a good infrastructure mainly schools for better future our beloved country," said an Engineering officer of F-FDTL who has been working with the Seabees on the several project who asked Tempo Semanal not to name him.
"We have learn many things from the American troops even with my broken English but as I understood they are very interesting people with remarkable knowledge," he added.
Posted by TEMPO SEMANAL at 17:19