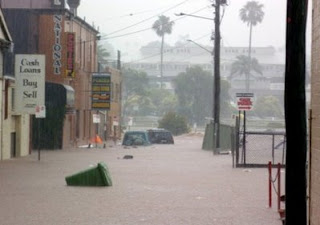 Preparations are being made in Brisbane - the capital city of Australia's north-eastern state of Queesland - incase flood waters from nearby areas flow into the Brisbane River.

The number people were killed in the flood is increasing from nine to ten said Queensland Premier Anna Bligh in a press conference in few minutes ago.

The number of disapearances increase from 70 people going up to 78 are missing people, after a sudden tidal wave of mud and water washed over the city of Toowoomba, just an hour's drive west of Brisbane.

A raging torrent of water prompted an immediate destruction to 6500 and about 5000 residents were evacuated.

Maria de Araujo a resident of Dili who never go to Australia said its a terrible disaster and appeal to her Government to do their best to support the Australian flood victims. "As an ordinary people and who has received some support from the Australian ordinary people I would like to offer those family who lost their love one my condollences and my simphaty to those are victims of this flooding," said Maria to Tempo Semanal in Taibesi Market.

"I hope our Timor leste government should send some support to the victims of this Australian flooding as we did to those Tsunamy Victims in Indonesia," maria appeal.

"Even we are poor and the total of our assistance is nothing to compare with the other countries but even only a dollar is very significant to the victims," she explains.

The Australian Media named the disaster as the inland Tsunamy may get worse and the authority start evacuating the the communitty. (TS)
Posted by TEMPO SEMANAL at 18:38