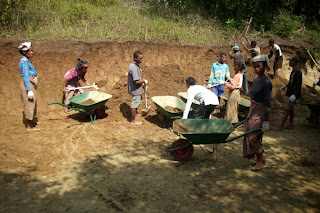 The East Timor Government put out a press release by announced that, "Predictions have emerged estimating Timor-Leste to top the global scale in accelerated economic growth for 2011, with ten nations announced to rank as the fastest growing economies for the year. From the Economist to the Central Asian newswire, the news spread world wide of those countries expected to achieve the highest economic growth rates in 2011.Timor-Leste was ranked in the top ten for 2008 and reached the highest economic growth rate in the region for 2009." 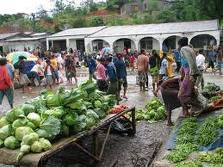 The major oppositions in Parliamnet rejected the government claim and said the number is incorrect because there are many Timorese still leaving in poor conditions and the basic needs price in TL is increased. But the government responded, "The prediction for Timor-Leste comes after three years of solid double digit growth rates and record petroleum revenue. As of December 17 2010, US$2.172 billion had been collected in petroleum revenues in 2010, 29% above mid-year budget estimations, with the highest sum ever collected in tax revenues by petroleum operators of almost one billion, a 38% increase from 2009. For scale, the 2010 collection of petroleum revenue eclipses the total amount allocated for the 2010 and 2011 General State Budget combined, US$838 million and $985 million respectively."
The Press release stated that, "The growth prediction comes as the Government utilizes the 2011 State budget to launch major investment plans into core infrastructure, human capacity, and sector development."
These days Parlaiment is seating to debate on the 2011 budget which almost a billion US Dollar and government is proposed two new funds for human capacities which millions of Dollars Aids money have been wasted for.

"Two major funds, the Infrastructure Fund and Human Capital Development Fund, will be the vehicles to drive a more streamlined, coordinated and efficient investment into targeted sectors. The initiative was considered necessary to mobilize the economy and fast track human, social and economic development while the young nation of eight years continues to build on institutional foundations."

Xanana Govenment is also planning to build in every Aldeia five houses for the communitty.

"While Timor-Leste remains the highest oil dependent country in the world with non-oil GDP per capita one of the lowest in the region, in 2007 a reformist agenda fuelled by expansionary fiscal policies radically changed the nation’s social and economic landscape. Between 2007 and 2009, 96,000 people rose from extreme poverty, a 9% decrease. Timor-Leste has since become a global case study for post conflict and fragile nations. From 167 episodes of conflict in 81 countries, the average growth rate achieved five years after conflict was 5%, Timor-Leste experienced an approximate 15% growth rate in a relatively shorter time frame benchmarked from 2006.High budget execution rates and reform to Public Finance Management in tandem with the World Bank has been the hallmark to improving economic growth."

"The 2011 State Budget of US$985 million has been passed in generality by National Parliament and is the largest to date to dedicate to rebuilding the nation and the People by providing employment opportunities, education and training opportunities , continued cash transfers for the most vulnerable and increasing food security measures amongst other initiatives. The full Budget period is aired nationally so full transparency prevails as the People now have the opportunity to watch or listen daily to the debates in entirety."

Secretary of State Ágio Pereira noted “Timor-Leste is at the dawn of a new era where our national identity will be served through fostering collectivism and national integration by continuing to stimulate our economy. We are proud of what we have achieved together through political maturity and determination. We have a long journey but are solidly on the path now with peace and stability as the main artery that has and will allow us to continue to grow. We are also very appreciative that the global community is recognizing Timor-Leste’s
achievements.”
Posted by TEMPO SEMANAL at 23:02

That make those people who ran the economy of Developed Countries look like as children playing with their toys in the playground!

Agio Pereira must be mentally unwell if he believes this!

You should visit the pasar in Maliana, Agio. Many of the market sellers in Maliana have never seen a $10 note!!

Meanwhile, people in the districts continue to wallow in more mud, and increasing poverty.

The AMP gov has spent billions of dollars (thanks to the Petroleum Fund set up by the previous gov) during its 3 years of government. By comparison, the amount of money spent by the previous government around the same period is only a small fraction, owing mostly to the fact that the petroleum revenue was largely absent.

The AMP may have "lifted" a fraction of people out of poverty, but what does this mean? In the presence of so much inequality, we can conclude that yes, it did reduce the absolute poverty, but not relative poverty.

The amount of cash disbursed by the government has made sure that more people have money in their pockets. But this is an unsustainable policy because the money disbursed is not an investment with returns in the future. The money is quickly consumed. At issue is also the creation of a dependency culture and a client elistic culture, where governments use state resources (money) to buy the people's continued support. In TL this is unsustainable because the only revenue that can fund this practice is the Petroleum Fund. The Petroleum Fund will exhaust in the near future.

When the Fund finally runs out, the State will have nothing else to continue with this policy and people will get back to where it once were.

The way that the government favours only a small group of friends with the award of million dollar projects has somehow managed to trickle down to the poor and raised some of them out of poverty. But is this enough? Of course not. Where is the justice in this? Why does the majority of people are only getting crumbs while the AMP government reserves the whole feast to the elites? Did the people suffer under the Indonesian occupation so that only a handful of people can enjoy the promises of independence? No. And I believe most people are against this. The wealth of the nation should be divided equally and opportunities given equally to everyone.

Besides, the widening gap between the poor majority and the hand full of rich elites will only lead to an unsustainable development path. Social injustice will breed instability, raise crime statistics, and ultimately a failed state.

In the end, if you want to see the 9% poverty reduction propagated by AMP's propaganda machine, you should travel to the suburbs of Aitarak Laran, Fatuhada, Kaikoli, Surik Mas, parts of Becora, Maloa, etc. These are hotspots because of poverty and unemployment. But this is only in Dili. The situation is much worse in the districts where children are only getting one meal a day, the cost of living has gone beyond the reach of most poor people (e.g. the cost of a sack or rice), schools have no conditions, the road system is bad and isolate many poor rural communities from the rest, money is scarce and basic health services is inadequate. By contrast, you find the small Dili elite (ministers and members of parliament like Mates de Jeusu driving luxury cars, earning big salaries, travel abroad in business class frequently, holidaying in Bali whenever they can take time off work, with their children frequenting the Dili International School (e.g. Xanana's children) or the Portuguese School, etc.

Don't you think it's a bit absurd that the ministers and their families receive medical treatment abroad (Singapore, Australia or Indonesia)? What's wrong with TL's hospitals? Aren't they good enough for the ministers and the members of government? Why are their children being enrolled in Australian or Portuguese schools? Aren't the local schools good enough for them? The answer is yes, the services provided by the state are not good enough for them. But they are able to make sure that the state funds their lifestyles by sending them and their families to the best facilities possible.

So, 9% poverty reduction and an economy growing at one of the fastest rate in the world? Whose poverty is being reduced? Whose economy is growing? Who is benefiting from this charade? You would be crazy to believe in AMP propaganda.

PS: TEMPO SEMANAL EDITOR, PLEASE CONSIDER THIS AS AN ARTICLE IN YOUR NEWSPAPER TO BE PUBLISHED. PEOPLE NEED TO READ THIS KIND OF OPINION, AS THAT IS THEIR FUNDAMENTAL RIGHT TO HAVE IMPARTIAL POINT OF VIEWS ON THIS SUBJECT. THANK YOU.

This article is talking full of rubbish, if you live in timor right now this article will be definitely laughable and anfront to those who do not even have three times meal a day, cut off and isolated in remote villages, not having clean water, better housing condition, no eletricity and worse of all can not even afford their children to go school. You do not need to go out of Dili to examine population living under poverty line. Agio Pereira needs some specific training in journalism before quoting some abracts and vague statistics to prove his point here. Are you saying Timor-leste will soon place itself neck and neck with some countries like Singapore, Malaysia, Brunai, Taiwan and other? You must be kiddingg. Which part of Dili do you currently live?. Only the dumbest can believe in this cheap jargon.