The Government of east Timor today strongly react to the story on the australia media. In a two pages press release the Government clarify the Greater Sun Rise situation by said, "Greater Sunrise negotiation forces Woodside to halt all operations. 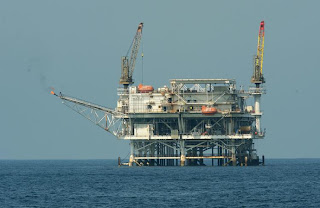 It continues, "On January 22, in an article in Australia’s Sydney Morning Herald, journalist Mathew Murphy writes regarding Greater Sunrise “Woodside said consultations were continuing between the Australian and East Timor governments to obtain approvals for the floating LNG project” adding that East Timor “insists that the Perth-based company alter its’ plans and bring all the gas to a processing plant onshore.”These comments further demonstrate a lack of transparency that should be considered a violation of regulatory conditions for a publicly listed company in Australia."
The Press releasesd comes from Secretary of State for the Council of Ministers office futherstated that, "As of December 16, 2010, the regulatory bodies (ANP and DRET) have been asked by the Sunrise Commission (representing the State of Timor-Leste and Australia) to cease their evaluation on Woodside’s development concepts due to the content of the proposals submitted."

"Therefore, neither Woodside nor regulators will proceed with the proposals until the downstream title issue is resolved. This effectively means that Woodside’s operations on Greater Sunrise have been suspended."

"This demonstrates the validity of Timor-Leste’s position from 2008 that Woodside did not comply with regulators, have the authority to announce a selected development plan or discount the Timor-Leste option. Three years on, Woodside and Woodside shareholders are now paying the price for by passing the established mechanisms and putting the development of Greater Sunrise into substantial and costly delays."

"Had Woodside followed the mandatory legal and regulatory mechanisms in place by the independent regulators of both Timor-Leste and Australia for the development of Greater Sunrise; development might be more advanced, benefitting both countries and the Woodside shareholders."

"It should be further noted, contrary to Woodside’s remarks to the media, the independent regulators role for both Australia and Timor-Leste is not to act in the best interest of operators or their preferred option but to ensure the Treaty obligations between both countries are upheld and the development plan is in the best interest of both the People of Timor-Leste and Australia according to those Treaty obligations."

"Unlike Woodside assertions to the media, Australian regulators and negotiators of the Sunrise Commission, as per their mandate, cannot and have not acted as a conduit for or a representative of Woodside to further their proposed agenda."

"In what seems to be a recent publicity stunt not unlike others that have backfired, the Government of Timor-Leste was recently inundated with media who had been briefed that Woodside offered a small portion of Timor-Leste’s own gas to be piped for domestic use via a pipeline from the Woodside FLNG."

"According to Woodside originally, a pipeline was not viable due to the trench. Woodside then publicly refuted the media reports after many commented that if a pipeline to Timor-Leste is now viable, cost effective and safe, why would any nation choose the option of BOTH an FLNG and a pipeline, incurring massive costs."

"The FLNG, after a lengthy and costly trial period over years, can be used multiple times by the operators for mass profits with no added value to the People of either Timor-Leste or Australia who will pay for the risky and new technology from the resources. "

"Greater Sunrise is a field that is neither remote, small or reasonably viable for the technology Woodside
proposes. For now; however, Woodside has been excluded from any further planning allowing the two countries to decide in principal on a plan to move forward."

"Secretary of State Ágio Pereira noted “If media reports are true, then we welcomem Woodside’s acknowledgement a pipeline is viable and a good option. Timor-Leste will not have an Australian company offer us anything, make sovereign decisions or dictate terms after our People fought for 24 years defending what is rightfully ours. Put simply, if Timor- Leste is our house, and our People the occupants, the Operators are hired help so to speak, to work with us and by our sides for all to prosper. Timor-Leste has been reasonable since independence in relation to the resources and will continue to do so in a fair and transparent
manner following all established mechanisms. The Nation, the Government, the National Parliament, all political parties, and our People must be praised for the collectivism on this issue; and we expect the same level of integrity from those that work with and in Timor-Leste.”

Untill this story published this Newspaper unable to contact the Woodside representatives in Dili due to the contact number out of reach. (TS).
Posted by TEMPO SEMANAL at 23:08