Dili, Tempo Semanal 26/09/2010
Whilst the resignation of the Deputy Prime Minister Mr. Mario Viegas Crarascalao is till fresh on the minds of the Timor-Leste public, the Prime Minister Jose Alexandre Kay Rala Xanana Gusmao has recently requested the suspension of two senior members of his government, Deputy PM Mr. Jose Luis Guterres and the Minister for Foreign Affairs Dr. Zacarias Albano da Costa from their positions as ministers, because they have been formally indicted as accused by the Prosecutor General. “Via this letter I inform the National Parliament that formal indictments have been issued accusing the Deputy Prime Minister Mr. Jose Luis Guterres and the Minister for Foreign Affairs, Dr. Zcarias Albano da Costa, of the crimes of illegally obtaining financial benefits as a result of abusing their powers/authority, in accordance with article 113 of the Constitution of the Democratic Republic of Timor-Leste,” was written in the first paragraph of a letter signed by PM Xanana and sent to President of the National Parliament Mr. Fernando Lasama Araujo on 15 September 2010. 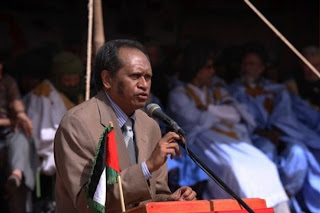 According to the document Reference GPM/IX/2010, to which this newspaper had access, the PM said, “I also want to inform that consequent to the notification of the formal indictment by the Prosecutor General and after having consulted informally with her, she informed that there is no time limit according to article 113 of the Constitutions of the Democratic Republic of Timor-Leste to effect the suspension of these members of government given that they were authorized to accompany His Excellency the President of the Republic to represent Timor-Leste at the UN General Assembly in New York.”
According to Article 113, line 1 of the Constitution of the Democratic Republic of Timor-Leste, when a member of Government is definitively accused of a crime punishable by more than two years jail, he or she is suspended from his or his position for the duration of the trial process; and line 2 states that where the alleged crime is punishable by les than two years jail, then the National Parliament shall determine whether the member of government is suspended from his position or not.

"Deputy PM Jose Luis Guterres... did say with a big heart to Tempo Semanal that, “the law is for everyone and as veterans of the struggle for liberation we have to show a good example.”
“The Pm as much as I want to act according to the law,” said Dr. Jose Luis Guterres."

Xanana is only interested in acting according to the law when it suits him to do so! Don't forget Maternus Bere.