East Timor President Jose Ramos Horta is proposing to send the alleged foreign drug dealers to Indonesia, Malaysia and Singapore. President reacted strongly to those two Indonesian alleged Drug Dealers which arrested by Timorese police on the night of August 9th. These two Holywono or BTK company’s Engineer and accountant have been under preventive detention in Becora while in last week East Timor Police has conducted a search to the BTK compound in Dili opposite to Democracy field. In a police report which leaked to Tempo Semanal alleged the involvement of BTK boss in smuggling drugs in the country.
“I would like to let those foreigners who are become drug dealers here that if they are still vendor drugs, we will hand over them to Indonesia, Singapore, Malaysia and Thailand. They all aware the consequences if anybody found as a drug dealers in those country. They will get death sentence or death Penalty. I don’t want after East Timor arrested them and detained here because will increased our spending for their meals in Becora prison. But after the investigation and made the allegation I want hand over these defendant to Indonesia, Singapore, Malaysia and Thailand which have adopted death Penalties.” 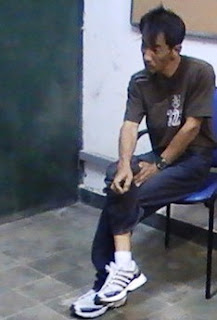 He explains, “Because of that I want to appeal to those people not to playing around with East Timor by b ringing their dirty business to our country. I myself will defend our position to handover those drug dealers to those countries even though we have signed the universal Human right convention but by bringing drugs here to destroy our Timorese society and our Timorese youth I want to hand over them to Singapore, Malaysia, Thailand or Indonesia or send them back to their countries origin which they have come from. Even in their country there is death Penalty for such crime.”
Until today there several Indonesian citizen have been question by East Timorese police and the Dili district court have sentence two Indonesian who have arrested on May last year. One of them escaped from East Timor and believed to be back in Indonesian west Timor and Budi Santoso in now in Becora prison. He has found guilty and sentence to nine years imprisonment by Dili court. There three Indonesian Citizen in Becora Prison involved in allegation of Drug dealers in Dili.
A Timorese security personnel informed Tempo Semanal that there have been an Indonesian official attach to Indonesian Embassy in Dili has been intervene on behalf of their citizen. “There is an Indonesian official who is working in the embassy came here and raised some question in regard to PNTLBTK search and the arrest of the two alleged Indonesian drug dealers,” said a PNTL officer who asked not to name.
Posted by TEMPO SEMANAL at 19:11