Sergio: "He shall be remembered, always" Ramos-Horta. 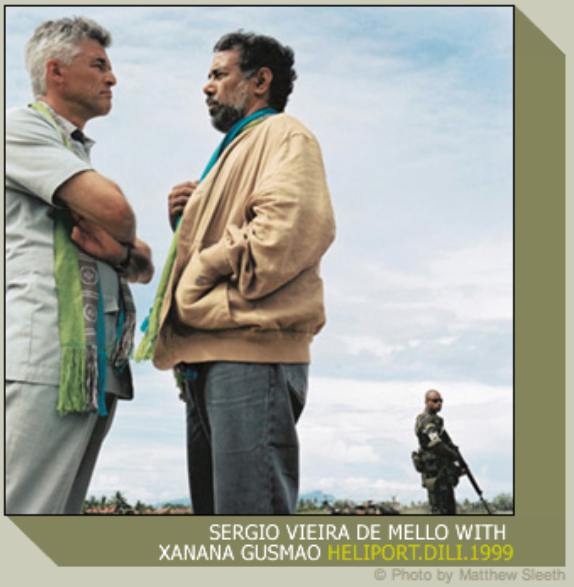 A little over ten years ago on 19 May 2002 Sergio Vieira de Mello handed over sovereignty to Timorese leaders as the head of the UN Transitional Administration in East Timor.  Timorese sometimes had a difficult relationship with Sergio Vieira de Mello as UN Administrator, but they were difficult times.  When it came time for de Mello to leave Timor-Leste on 20 May 2002 he was viewed as being a friend of Timor-Leste, as son of Timor-Leste.
Nine years ago today, the 19th August 2003, Sergio Vieira de Mello was killed in the terrorist suicide bombing attack on the Canal Hotel, UN Headquarters in Baghdad, Iraq.
The day after De Mello’s death on FALINTIL Day 20 August 2003, Xanana said "Our nation mourns the death of a unique and unforgettable friend. He fought tirelessly for democracy, human rights and sustainable justice for the people of East Timor." 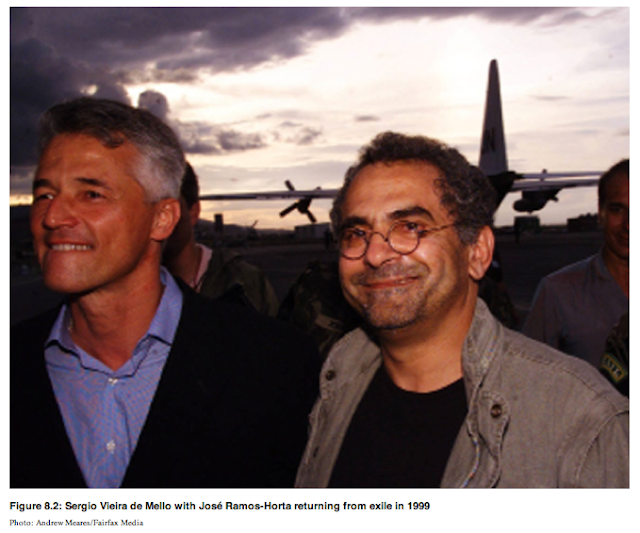 Nobel Peace prize Laureate and former President of the Democratic Republic of Timor-Leste, Jose Ramos-Horta, told Tempo Semanal this morning that "Sergio Vieira de Mello was the best diplomat the UN had. He was a friend of Timor-Leste, a good friend of mine. He shall be remembered, always.”
Posted by TEMPO SEMANAL at 12:46