Is Gil Alves Modelled on Soeharto 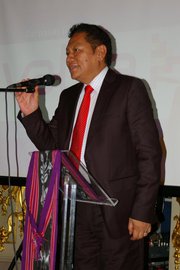 In order to have a more in depth knowledge of peoples’ present conduct and character, we need to look at their past.  This is just the case with the leadership in this country who currently hold posts such as Ministers, Deputy Ministers or Secretaries of State, so that we can identify what they have done in the past and its relationship with their current conduct.
During the Indonesian occupation, in order for someone to become successful in business your family had to be insiders.  This is still the case. You have to have what they call a “godfather”.
George Junus Aditjondro in his book entitled “Waiting for the Sun to Rise on Mt Ramelau”, he wrote that the Minister for Tourism, Commerce and Industry, Gil Alves was a successful businessman during the Indonesian occupation.  His had strong links with his brother in law and former governor of Timor-Timur, the late Abilio Osorio Soares.  Gil’s wife is Governor Abilio’s sister.  Gil was able to secure numerous contracts from the Indonesian government and had strong links with the Cendana family of companies (which belonged to the late Indonesian President Soeharto).
According to Aditjondro’s book, in 1994, the company PT Batara Indra began to establish itself in Timor-Leste, at a time of the decline of General Beny Murdani and when he began to make his mark on the political stage.  The result was that new business entities began to mark their presence in Timor-Leste.  These business entities had strong relationships with then Governor Abilio Osorio Soares who became the protector of the new star of the Indonesian military general Prabowo Subianto, Soeharto’s son in law.
Becoming part of the Indonesian and Timor-Leste’s political leadership’s families had its purposes.  Gil Alves ad the brother in law of the Governor became the prime ally of the Cendana family of companies.
There were two companies that were established by Titiek Prabowo, General Prabowo Subianto’s wife, and Suharto’s daughter, in 1997.  The first of these was PT Dilitex, which was a textile factory, held 200 hectares of land and invested a total of US$75 million.  The second was a company that operated a slat factory in Manatuto with 12 hectares.  Manatuto is the birthplace of Abilio Osorio Soares and produced 1,500 tons of salt annually.
Minister Gil Alves has conceded in media reports in the past that he had been engaged in a business that was involved in civil construction between 1986-8.  Between 1994-99 he was head of a distributorship for Spirits, Bintang Beer, Pepsi and Coca-Cola.  Between 1997-9 he was in the Salt and Textile production business, 1997-2007 mineral water production.
Gil Alves became the president of both of these companies, representing the Hati Foundation, a foundation established by pro-Indonesian integration partisans who served in the Indonesian Military in Timor-Leste between 1975-99.   The company Dilitex was in partnership with the Hati Foundation, with Maharani Group (owned by Titiek Prabowo) and a business that had become very successful in Indonesian, the Indian Maritime company Siniwasan which owned the Texmaco group.
As well as heading these two companies Gil Alves also assisted other Cendana family businesses.  He obtained a licence to export coffee from Tutut Soeharto’s (the daughter) company.  Gil Alves also headed the PT Artha Group in Timor-Leste.  This company had a monopoly to distribute alcohol brand labels.  The owner of this company was Soeharto’s grandson Ari Haryo Wibowo, who is more famously known as Ari Sigit.
The Australian newspaper, The Age, reported that on the 6th of April 1999 the Minister for Tourism, Commerce and Industry was then the spokesperson for the pro-autonomy group BRTT.  After the Liquica Church massacre, as spokesperson for the militia group Besi Merah Putih (BMP) Gil Alves lied to the press saying that it was in fact the people sheltering in the church grounds that had first fired on the BMP militia, and that was the reason why BMP attacked the church.  He also said that the BMP had surrounded the church in Liquica so as to disarm the CNRT who had hidden firearms inside the church grounds.  He said that the police was also present to prevent any violence from breaking out and that it was they who fired tear gas into the church in self-defence.
The BRTT spokesperson also denied that the Indonesian military were handing out weapons to militia members. The full story can be read in the 9 April 1999 edition of The Age, an Australian newspaper. TS
Suspected MTCI Mafia-like Dealings
Corruption is all the same.  We can feel it but we cannot actually see it.  Perhaps there has been some mafia-like business going on in this rice importation process that has involved some leader, because there are certainly many things that have been that should not have. 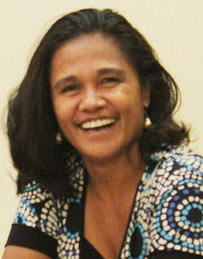 New facts have emerged regarding the importation of 30,000 of rice.  The prices offered by Vietnamese companies were variable, some higher than others.
In the very early stages of this process the 68 companies decided to form a team to negotiate with the Vietnamese suppliers for the acquisition and importation of rice into Timor-Leste.
The MTCI requested a meeting with the negotiating team and provided a reference for a company in Vietnam but its price offer was at a higher price. Our information is that it is this company that has supplying rice from Vietnam to Timor-Leste to date, since the government began its rice market intervention policy.
It seems that there is some intrigue behind some of these dealings that make it fishy.  Why? What do we make of MTCI selecting companies offering a higher price?
However, the businesspersons heading the negotiating team, made up of persons whose background is mainly that of veterans were not stupid.  They researched and discussed the offer MTCI had given them and found that it was too high a price to pay.  So this group, made up of 17 of the 68 companies agreed to reject the offer.  They decided to go to Vietnam themselves to find and negotiate the best price directly.
“We could not buy from the company recommended by the Ministry, so we decided that we had to go there ourselves,” said Sansao Gomes, the head of the team.
In Vietnam they were able to negotiate with seven companies, including the company recommended by the government. All seven companies submitted a quotation, and Giptam offered the lowest price. This company was selected and their team travelled to Timor-Leste where a contract was signed with Giptam.
But, The Vietnamese Rice Association and the Vietnamese Ministry of Trade together with some other companies intervened against Giptam being able to undertake the export of rice to Timor-Leste.  The Vietnamese government along with some companies argued that Giptam did not have the requisite capacity to export 30,000 tons of rice to Timor-Leste.   It is not totally clear but there is some suspicion that the company that was the previous supplier to Timor-Leste was amongst the companies that had interfered with the Giptam contract.
Giptam originally submitted two price quotations, first for US$452 per ton and US$456 per ton delivered to Dili.  But due to the impediments from the Vietnamese government and some companies in Vietnam, and due to changing climatic conditions, the price of Vietnamese rice also rose in the world market.
This price rise for Vietnamese rice resulted in the Timor-Leste importer companies also amending the contract price.  Otherwise Giptam would not have been able to export as contracted because the price of rice rose sharply.
“If there had been no intervention at the time we signed the contract, then there would not have been any problems, but because of the intervention by others and there was an intervening price rise, then we had no option but to consider the amendment to the contract price,” Sansao explained as being their response to Giptam.
An agreed amendment to the price per ton of rice to US$482 was agreed to. The Timor-Leste companies worked hard and fast to write to the Prime Minister and the Minister for Tourism, Commerce and Industry to intervene to ensure that Giptam could find the requisite export quota to be able to perform the contract. This they were able to do by commencing export of the rice as soon as their quota was granted in November last year.
Money Lost
A proper analysis of the above events, it is notable that there has been public money lost from the time the government intervened in the rice market, which is close to three years ago (2008-2010). The price of rice during that time has been variable and despite there having been cheaper rice available, MTCI has preferred to select companies whose price offers were more expensive.  Since the government’s intervention in the rice market between the years 2008-2010, the government has purchased rice at a higher price and worth a lot of public money.  Suspicions are that a lot of this public money spent on rice has freely gone into some peoples’ pockets.
The big question is why Minister Gil Alves has consistently selected companies whose price quotations have been higher than others?  This is a very significant question that has emerged since the involvement of veterans in the rice importation process.  Whether or not we feel that it is happening, sometimes even when political leaders involve in mafia-like business we are unable to detect such things, because it has become systematic and we do not have access to vital information on these issues.****
Posted by TEMPO SEMANAL at 17:05

I find this piece of news very hard to believe. Tempo Semanal is very lacking in professionalism. You are making up stories. If you want to prove your professionalism, you MUST also publish Gil Alves' side of story. You MUST interview him and get him to tell his story. Otherwise this is nothing more than an unjustified personal attack. This is not the role of the media.

How can this person has such power??? It is soooo sad that these kind of people are enjoying this out of 'what Timorese has went through'. How can we control this as 'Timorese'??? Do we need a new call for Freedom from these opportunists? We can't rely on government either it Fretelin or CNRT (AMP)!!!