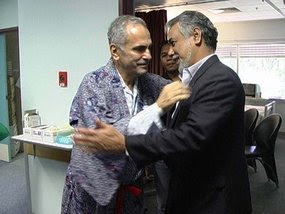 This afternoon the East Timorese Supreme Court announced its decision with regards to the constitutionality of the State Budget for 2011.  A week ago President Jose Ramos-Horta refused to sign and approve into law the state budget and earlier this week referred the matter to the Supreme Court to determine the legality of the state budget for 1.3 billion USD proposed by the National Parliament controlled by the AMP coalition lead by Prime Minister Gusmao.

The state budget for 2011 is the largest ever budget approved by the Government of Timor-Leste.  It is placed in the context of a growing electoral campaign by the governing parties versus the main Opposition party FRETILIN.

The conclusion of the supreme court stated that, "the deliberation of the judges in the Supreme Court, known in Timor-Leste as the Tribunal de Recurso, in regards to the national parliament decree No.45/11 for the approval of the state budget for 2011, which was sent to them by the President of the Republic, states that the budget does not violate Article 2 and Article 115 of the Constitution of the Democratic Republic of Timor-Leste nor Article 9 of the Law 9/2005 (Petroleum Fund Law)."

The court has released its decision hours before President Horta travel to Israel and Palestine tomorrow. (TS).
Posted by TEMPO SEMANAL at 20:46

Any government that serves well the nation deserves to win the election. However it is not the case for Xanana's government.