XANANA TAKES OVER 57% OF NATIONAL BUDGET INTO HIS OWN HANDS 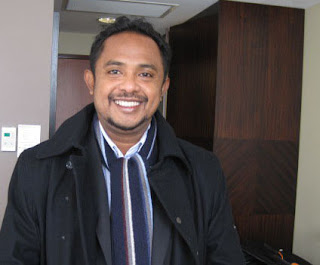 The 2011 National Budget is yet to be proclaimed by the President of the Republic, because maybe President Ramos Horta is still analyzing it or perhaps he may still await a review by the Court of Appeal on the constitutionality of the budget law passed by parliament.  As at the start of this month numerous roads are about to erode away because the rains are so persistent.

Road access to Ermera is in danger. Last night the road at Fatu Ahi fell away again, the bridge at Loes is in grave danger of falling over very soon unless it is repaired soon. Many of the national roads to the districts are fast degrading.

Our peoples’ money has been spent annually on budgets totaling almost US$3 billion since this de facto government has been elected. The changes that have been brought in through the 2011 budget structure have in fact reduced the government’s incapacity to respond to this worsening road situation throughout the country.  The AMP de facto government which is composed of 40 members of government, from the Prime Minister down to the Deputy PM, Ministers, Vice Ministers, and Secretaries of State, according to the organizational structure of the de facto government will be unable to implement the total budget that was approved by the National Parliament on 28 January 2011, but that is awaiting proclamation by the President of the Republic.

There is every likelihood that the levels of execution of the budget, our peoples’ money, for 2011 will be worse than in previous years, because of the manner in which this year’s budget has been centralized in the hands of the Prime Minister Xanana Gusmao.

There have been other noticeable changes to the budget for the PM and the Presidency of the Council of Ministers for 2011, with allocations from previous years no longer there. For example in 2011 there is no longer an allocation for the Strategic Planning Unit, which since the 2007 Transitional Budget up to 2010 had budget allocations totaling US$4,937,000.

In 2010 alone, the de facto PM had spent US$4,151,000 on the Strategic Planning Unit to supposedly draft the National Strategic Development Plan (NSDP), but to date the Plan itself has not been publicly available and has certainly not been approved. [1]

The NSDP draft that was written by Indonesian company PT DSI Makmur Sejahtera who was paid US$2,981,000 in 2010 but to date the government has not yet presented the plan to the National Parliament for debate and approval as undertaken by the PM.  New agencies to be established in the PM’s hands include the National Development Agency with a total budget allocation of US$32,311,000 with US$3,000,000 to be paid for professional services of non civil servants.

Other allocations to the NDA include US$500,000 for operational expenses, and US$28,811,000 for development capital, which will be spent on the PPD-II in the sucos and sub-districts. The NDA, according to the government’s explanations during the budget debate will be an entity that will manage a total budget of US$599,306,000 in the Infrastructure Fund and US$25,000,000 in the Human Capital Fund. No salaries and wages, travel or other allocations were provided in the NDA’s budget.
The NDA’s budget allocation is for only goods and services of US$3,500,000 to pay national and international temporary staff and operational expenses to manage the two funds.  The structure of this budget for the NDA arouses grave concerns of its capacity to execute the huge budget it has been allocated.

The NDA will emerge as just another unit in PM Xanana’s control illustrating the centralization trend in the management of our peoples’ money through the annual budgets.  The Infrastructure Fund and Human Capital Fund can be seen as an instrument to remove powers and functions previously exercised by the line Ministries and Ministers.  There is no doubt that the budget allocations for these two funds came directly from what would otherwise be the capitaldevelopment funds of line ministries.

Prime Minister Xanana Gusmao should be strengthening the line ministries and secretariats of state, improving their capacity and the quality of services they are already supposed to deliver. The NDA, as a new agency, despite being under the PM’s control, will be incapable of managing and executing the huge budget allocation it was given in the 2011 budget in the two funds.

New agencies do not have the requisite experience and capacity or systems in place that are strong enough to manage and execute such large budgets, and will inevitably result in irregularities and corrupt practices in doing so.  There is already a lot of information circulating that the capital works projects allocated in the 2011 budget had already been distributed to contractors even before they were approved by the National Parliament, before the NDA has beenestablished, but worse, before the 2011 National Budget has been proclaimed by the President of the Republic, Dr. Jose Ramos Horta, as it is required to be under the constitution.

Lastly, we can see that for 2011, 34 members of the AMP government from a total of 40 members of the whole government will only manage US$558,547,00 from a total national budget of US$1,306,018,000. The Prime Minister will have under his direct control the implementation of a budget totaling US$747,417,000.  This will place a huge burden on him, which from previous experience of the lack of capacity in execution of previous budgets, he has shifted the blame to his members of government instead of taking responsibility for his own failure as the head of the government.

With the new budget structure of the 2011 national budget, the burden will heavily shift towards Prime Minister Xanana Gusmao’s own shoulders as a result of the centralization of the peoples’ money in the two funds to be managed by the NDA. Link to government media release: http://www.facebook.com/l.php?u=http%3A%2F%2Ftimor-leste.gov.tl%2Fwp-content%2Fuploads%2F2011%2F02%2FPress-Release-of-the-Meeting-of-the-Council-of-Ministers-of-02.02.2011.pdf&h=e8adf