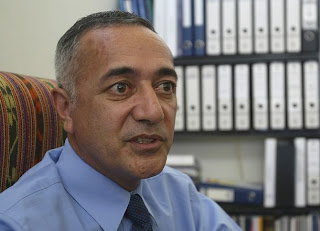 Many ordinary Timorese have not aware that there were some oil companies owe hundreds of millions even billions of tax to Timor Leste that need to be paid to the country. The government also have not informed yet the East Timorese people that TL have been recovered hundreds of millions from those companies has not yet fulfill their duties and committed some irregularities. The minister for natural resources during a door stop by the journalist in President office (14/09) said his part follow it very closely.
"The cases that now the taxes department identified some discrepancies in terms of tax need to be paid and the government through our findings felt those taxes needed attended too.  So relevant papers has sent to the companies on different issues. Until today government, I can say collected around $300 million and the government still look at other issues, may have issues of tax that have not been paid yet," said Alfredo pires East Timor Minister for natural resources.
After TL Government request the payment from these companies international company has taking TL government to a court. "Some issues companies may have reasons why they felt that they do not owe tax but this is between tax and the companies’ discussions need to be take place."
Alfredo explain further, "What specifically happened was some cases were the government issues tax notices but companies felt that perhaps did not to pay. And if you have discrepancies you can go to arbitrations or you can go to the courts to settle the issues and one company has taken government to court then government is now defending it self in our local court on regard to these issues. Those things on going so we have to let the procedures to take place."
The companies wants to make profit and some times not fulfill they obligations to pay their tax. There are several multinational oil companies  ConocoPhillips, Inpex, Santos, Eni, Woodside and many others. One of the company has been lodge in a case against East Timor government.
The head of Conoco Philips, Todd Creeger  boss with diplomatically said, "the tax audit will resolve in the due course and we have very good relations over the ten years with the government and we expect to be continued."
The conoco philips is operating the bayu Undan oil filled and mr. Todd informed some of their activities and some of the project they have work on including hire some Timorese employes.
Posted by TEMPO SEMANAL at 13:58