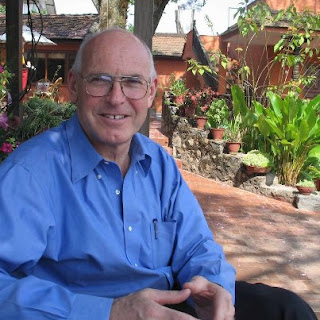 I write from Libya, where on 7 July - the very same day on which Timorese were voting in parliamentary elections - the people of Libya went enthusiastically to vote in the first free election in this country for nearly half a century. Many families had lost loved ones in struggling for respect for human rights and democracy, during forty-two years of dictatorship and an eight-month revolution. In some parts of the country, women and men defied actual and threatened violence to cast their hard-won votes, and then displayed triumphantly fingers marked with ink.
That day took me back to 30 August 1999 in East Timor, when another ballot went ahead amid far greater threats to voters, and to 4 September 1999, the day when I announced in Dili the overwhelming vote for independence, at the same time as Secretary-General Kofi Annan was making the same announcement in New York. Some of our electoral team which assisted this year's Libyan election had been members of the UNAMET team in the Popular Consultation.
In Libya, too, the United Nations played a crucial role, as far back as 1949-51, in helping the nation to independence, and that memory is reflected in trust in the United Nations today. For me, it has been a privilege to be part of such historic processes.
The consolidation of democracy is never easy, and I returned to Timor-Leste in the crisis of mid-2006. I reported back to the UN Security Council that serious as that crisis was, it did not mean that Timor-Leste was a failed state, and could serve as a salutary wake-up call.
So it has proved. In 2012, I have watched from afar as Timorese have voted in presidential and then parliamentary elections - elections which no longer carry the fear of violence. I congratulate the Timorese people. I ask for remembrance of those who died in delivering the right to self-determination - those Timorese staff of UNAMET who were targeted and killed after the ballot. The persons most responsible for their murders have not been brought to justice, but their memories live on among those of other victims of the struggle that has brought Timor-Leste independence and peace today.
Posted by TEMPO SEMANAL at 14:56