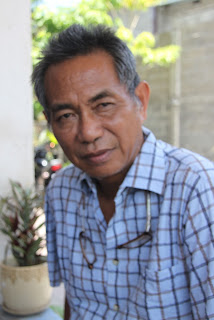 This article will analyze the lifetime of Bayu Undan. Within three years liquids will be exhausted and revenue will drop 65%; examine the Sunrise economic value; investigate the LNG versus FLNG polemic; comment on which one is better for Timor-Leste.

The question of the Timor Sea resources is practically within the exclusive scope of Alfredo and Monteiro’s. Decisions are made according to their taste and pleasure. Their lies would lead Prime Minister Xanana to spend billions of dollars from the Petroleum Fund in projects which will not contribute to the better livelihood of the people in the future.

This article will justify, using the evidence below, why the South Coast Project is irrational and absurd. It will also reveal facts and the logical justification of the FLNG versus LNG polemic.

There is another important question for the readers. Why has Maubocy just woken up and why did he not come up to the public before?

Also, the political stability was fragile all around Dili; hence I didn't want to add fuel to the fire and opted for "silence", so the opponents would not attack our Older Brother Xanana.

In August 2008, one month after starting the bathymetric survey, we alerted Alfredo and Monteiro that the results of the survey indicated that the pipeline would face "great risk" due to the complex topography of the ocean floor. It would be better to think about "another option" in order not to spend millions or billions of dollars in vain.

During the 2011 survey of the LNG plant site in Beaco, we again advised Monteiro and Domingos Lekisiga that the Beaco location was "not suitable" to build an LNG infrastructure because there were indications of soil erosion offshore that represented a large obstacle to the pipeline and would use up billions of dollars. We asked: if thepipeline to Beaco fails, how will you fix the thing? They are all young. Without the experience they replied proudly: "no problem".

I thought about talking to our Older Brother about this issue. After considering for a week whether to go or not to go, I finally made the decision not to go, and rather wait for the results of 2012 elections. This way Alfredo and Monteiro would have the opportunity to hit their head against the wall and learn the great lesson of their lifes, that they should not play around with very high cost projects.

1. It refers to the JPDA area where Timor-Leste gets 90% of the revenue from Gas and Condensate and Australia gets 10%;

2. In relation to the Unitization Agreement, Timor-Leste gets 18% from Sunrise for its territorial waters possession;

3. In January 2006 the Australian and Timor-Leste Foreign Affairs Ministers signed the Certain Maritime Arrangements in the Timor Sea (CMATS) Treaty according to which Timor-Leste gets 50% of the Sunrise revenue and puts off all claims to new maritime borders for 50 years.

On 27 February 2007 the CMATS Treaty entered into force. However, should a development plan not be implemented within six years, the agreement could become void.

The Bayu Undan reserve is the main source of current revenue, between $130-150 million monthly for Timor-Leste. Timor-Leste has $12 billion deposited in an American bank.

Gas quantity: 3.4 tcf; during the last seven year 1.2 tcf have been produced; the balance is 2.2 tcf. If divided by 0.17 (the annual production), we find the remaining gas will last for 13 years. The price of gas is lower than that of the liquids. Price of liquids is two to three times higher than that of gas.

380-275 = 105/30.55 = 3.4. The result of this calculation is that the reserve of liquids only has 3.4 years to go. One thing the people doesn’t know, is that the price of liquids is higher, and represents the equivalent of 65% of the revenue. If the revenue from the liquids ends, revenues will drop to $50-30 million monthly. After looking at these figures we need to be very cautious about how arbitrarily we spend money and we need to seek ways for Sunrise to enter into production in the next five years, before the Bayu Undan reserves dry up.

Gas income for Timor-Leste: $7.8 billion, income for liquids $5.3 billion. Additional cost to bring LNG plant to Beacu: $5 billion. Hence, according to Alfredo and Monteiro’s dream, they must spend an extra $5 billion to build the required infrastructure. If doing so, the spare gas money will be only $2.5 billion.

Based on references from La’o Hamutuk, Alfredo’s mega projects on the South Coast will cost $5-$10 billion. Therefore the $12 billion of the Petroleum Fund will be up to Alfredo to spend as he sees fit. Management and Administration fees for the South Coast project will be 10%, the equivalent of $500 million for Alfredo and his group to become millionaires and be the new masters in Timor-Leste.

When comparing Alfredo’s $5 billion South Cost Project with building 100,000 houses for the people, which one comes as the better of the two? Readers, politicians, civil society, members of parliament, you can reach to the conclusion.

LNG versus FLNG: which one is better for Timor-Leste?

LNG and FLNG are practically the same thing. LNG facilities or infrastructures are built onshore and those for an FLNG, offshore.
Alfredo and Monteiro want the LNG in Beacu and for that they will spend $5-$10 billion so as to get their 10% administration fee. With this rationale, they stubbornly lie left and right to implement their plan and achieve their objectives.

Building the LNG Plant will require infrastructures as follows; refrigeration equipment separation equipment, compressors, offloading equipment, port, pipeline, wide roads from Dili to Viqueque to transport the equipment because a port does not exist yet.

Risks to the pipeline

In September 2008, after getting the first results for the bathymetric survey, we alerted Alfredo and Monteiro that the ocean floor was not favorable and the pipeline would face great risk . Hence try to look at other options. In 2011 we warned Alfredo again that in Beaco the pipeline option would incur many difficult technical problems. It could be a success or a failure.

1. During the pipeline installation phase, if water enters the pipeline by accident the weight of the pipeline will increase from 700 tons to 1,500-3,000 tons, above the ocean floor, which exceeds the capacity of any pipeline vessel in the world. How to face this situation when it happens?

2. During the production phase, if water or any liquid enters the pipeline, how to remove it? If liquids are not extracted gas will not come from the bottom of the pipeline to the surface. What kind of system will be used to remove water or liquids from inside the pipeline? There is no doubt that the production would be paralyzed. Have Messrs. Monteiro and Alfredo thought about these details? The devil is in the details.

3. If the pipeline falls to the sea bottom (during installation) how will it be lifted? The manufacturing of pipe will take three years. Should we wait another three years?

4. There is not a single system so far able to lay heavy pipelines in depths of 3000m. Alfredo and Monteiro, please say which one, and where?

5. The major problem is not based on slopes. It is based on the nature of the very rough terrain and very complex issues like depth, erosion and difficult bottom curvature.

The FLNG is a new system that provides an alternative to the LNG Plant via the pipeline. I don’t know if Alfredo and Monteiro follow the news about the impact of the FLNG in the gas industry. Prelude in Australia has begun construction, with capacity of four million metric ton a year (mta). PETRONAS in Sarawak (Malaysia) also has adopted an FLNG with 2 million mta capacity.

Recently Santos and Suez announced on 9 October they would use an FLNG at their Bonaparte field 250 km East of Bayu Undan and 250 km West of Darwin.

In relation to Abadi (Indonesia), near Sunrise, an FLNG will also be used, and likewise Brazil is also interested in using FLNG’s.
One important thing is: why do Santos and Suez not use the LNG Plant in Darwin with its value of $7 billion when the distance to it is about half the distance from Bayu Undan to Darwin. The ocean floor terrain there is favorable? Why do Santos and Suez prefer an FLNG?

I humbly ask Alfredo and Monteiro, and all the Timorese, to reflect in search for the answers.

1. The LNG Plant in Beaco with all the South Coast Project will cost an additional $5-$10 billion;

2. If adopting an FLNG, Timor Leste would not spend a penny; in exchange it would get $13 billion in revenue;

3. It is far more secure for the Timor-Leste Government to adopt a system without risks, and without spending a penny;

i. All Timorese should open their minds and tell the opportunists, of which some are in the Government, to first spend money for "people's stomachs". The South Coast Project only benefits Alfredo’s group with its 10% administration fees.

ii. Our Older Brother Xanana, it would be better if you looked for someone else to seek a quicker solution for Sunrise, because the Government needs the money. Alfredo and Monteiro do not have the competence as reality has demonstrated.

iii. People will not see the pipeline under the sea. It would be better to spend the money directly on people’s daily livelihood.
Posted by TEMPO SEMANAL at 00:31